Finally, the Apple iPhone 14 series of 2022 is launched globally via Apple's 'Far Out' event. Before we got tons of leaks about the new iPhone 14 series and I can tell every single photo that we have seen comes to reality. This time in 2022 the company has introduced the all-new iPhone 14 in four different models and sizes iPhone 14, iPhone 14 Pro, iPhone 14 Plus, and iPhone 14 Pro Max. Whereas Apple iPhone 14 and iPhone 14 Pro are smaller models compared to the iPhone 14 Plus and iPhone 14 Pro Max. If your want a bigger screen and some premium features then you go for the Plus and Pro Max models. In this 2022 iPhone mode, the company has removed its traditional notch which looks very much ugly compared to other premium smartphones like OnePlus and Samsung. The notch has been replaced by a pill-shaped punch-hole cutout that equipped the front-facing camera and Apple's Face ID technology.

Apple's satellite emergency communication technology is called SOS message over satellite which helps in connecting helpline services in the case of emergency with any cellphone signal.

The company has set its pricing for iPhone 14 in the USA at $799 which comes approximately to Rs. 63,700 in India. The iPhone 14 Plus also comes in the same range of $899 which comes to approx at Rs. 71,600. These smaller variants are available in four colour options Blue, Midnight, Purple, Starlight, and (PRODUCT) RED.

The expected customers can place their pre-orders from today 9th September 2022. The company will start its sale of iPhone 14 on 16th September 2022 and the Plus variant will go on sale on 7th October. 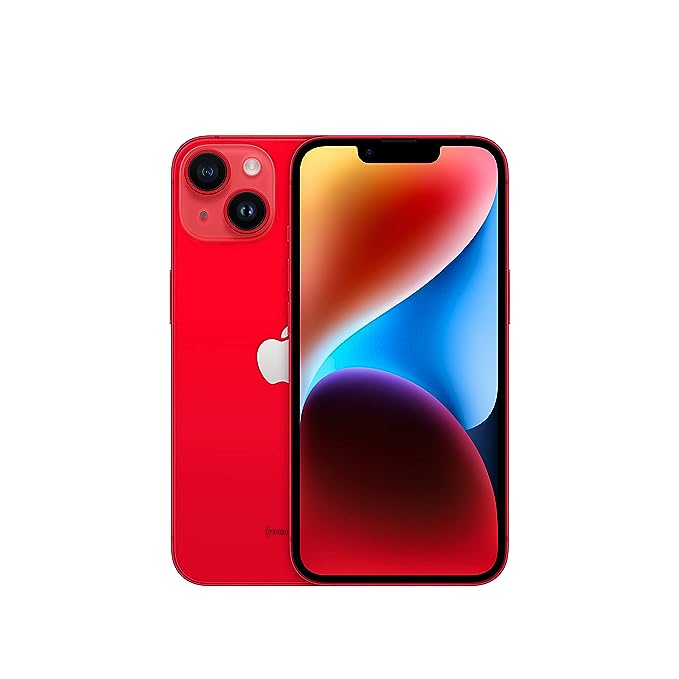 The designer has changed the body surface of the new Apple iPhone with a flat-edge aerospace-grade aluminium frame that comes with a Ceramic Shield clothing material in front of the smartphone. The smallest screen in the base variant is a 6.1-inch Super Retina XDR OLED display. The company has not revealed its refresh rate but they have coined the terms of brightness and colour reproduction in comparison to last year's iPhones. The display has a 1200nits peak brightness with the support for Dolby Vision that provides a perfect surround sound experience.

The phone comes with an IP68 dust and water resistance rating as its previous iPhones have.

The all-new iPhone 14 is powered by the old Apple's A15 Bionic SoC chipset.

In the live launch event, Apple showed some of its camera tricks which improved video recording that includes a new stabilisation feature which the company called Action Mode. With these features, the phone's motion sensors are worked to improve and better accurate video to get a perfect output. The phone may be capable of recording 4K at 30fps and 4K at 24fps in Cinematic mode. The company has focussed on its better low-light condition performance in this latest iPhone, which they humanly thank new Photonic Engine.

With this all-new Photonic Engine, the company claims that they improved low-light performance up to 2x which means it gets better at double on the ultra-wide camera, 2x on the TrueDepth front selfie camera, and 2.5x on the main primary camera. It features a Deep Fusion in optimizing and enhancing the image process power. One more feature carried in this 2022 iPhone is True Tone flash which is 10 percent brighter than the previous versions of the iPhone.

iPhone 14 Plus specification and features

The second model iPhone 14 Plus is featuring almost the same hardware as the iPhone 14 offering except for the slightly bigger 6.7-inch Super Retina XDR OLED display and battery backup. The company claims to have the best battery life that iPhone users have experienced in the past. It also carries the same A15 Bionic SoC processor.

This time Apple uses surgical-grade stainless steel, the company claims that it is the most premium phone case that is abrasion and corrosion-resistant free because this phone also has an IP68 dust and water resistance rating that justify this ability. In reality, the iPhone 14 Pro and the Pro Max models offer the real upgradation of 2022 iPhones, the above two models have the most similar spec, it is just like the company has pressed a duplicate button. The 14 Pro features a 6.1-inch Super Retina XDR Always-On OLED display with Apple's ProMotion refresh rate that turned your ordinary 60Hz display into a 120Hz display which means this features twice the refresh rate and provides a much smoother experience. The display adjusts from lower 1Hz according to its usage and provides smoother motion with a higher power-efficient.

This iPhone 14 Pro offers excellent 2,000 nits peak brightness on its display which is twice upgrading to its previous iPhone 13 Pro and the new iPhone 14 and Plus models. The front of this iPhone comes with a Ceramic Shield cover, as discussed above.

However, there is only a difference in the display and a pill-shaped hole-punch cutout that replace Apple's old traditional poorly designed notch. They call it Dynamic Island where an "interactive space" like interface is displayed in the expands for notifications that nicely expenses for music player, calling interface, Maps, among others notifications. The company also focused on the same operation with the third-party apps.

It comes with the all-new Apple's in-house A16 Bionic SoC chipset which is the most powerful chip processor compared to other smartphones that are available in this premium category. The processor offers two high-performance cores and four high-efficiency cores that improve performance. This Apple A16 Bionic SoC chipset of 6-core CPU is claimed to be up to 40 percent faster than other processors that are available in the present market. The processor is optimized to give 50 percent more bandwidth power and a new 16-core Neural Engine which has nearly 17 trillion operations per second power as per the company claims.

The new camera hardware of 2022 can do up to 4 trillion operations per photo with the combined operation of CPU, GPU, Neural Engine, and image signal processor.

Taking about the real 2022 camera upgradation in iPhone 14 series provides a much higher spec compared to normal models. It comes with a second-generation sensor-shift optical image stabilisation 48-megapixel primary camera, a second 12-megapixel telephoto camera with 3x optical zoom, f/2.8 aperture lens, and optical image stabilisation. And the last third is a 12-megapixel ultra-wide angle of 120-degree field-of-view sensor with an f/2.2 aperture.

There is a quad-pixel sensor that combines four pixels into one pixel which is turned to get maximum light intake. That also features a 2x Telephoto option and the new Apple machine learning allows you to shoot ProRAW photos. The Photonic Engine helps in getting the best photos in low-light conditions that improve up to 2x on the main camera, up to 3x on the ultra-wide camera, and up to 2x on the telephoto camera. The iPhone 14 Pro carries a 12-megapixel front camera sensor with an f/1.9 aperture lens with up to 2x on the TrueDepth ability.