The Chinese smartphone company has launched its new iQoo iQoo model iQoo Neo 6 5G in India. Firstly the company has launched the same smartphone in China now they bring it to India. But this time the company has powered a powerful processor Snapdragon 8 Gen 1 SoC, as compared to the chines model. The display of this phone has a 120Hz refresh rate that helps in gaming while providing smoother gameplay. The higher the refresh rate the more smooth gameplay is achieved. The smartphone also comes with fast charging support that can charge your 50 percent battery in just 12 mins with the help of a dual-cell design that reduces charging time.

The company set the starting price of the iQoo Neo 6 5G at Rs. 29,999 for the 8GB + 128GB UFS 3.1 storage option in India, and the high-end variant which is of 12GB + 256GB UFS 3.1 storage is priced at Rs. 33,999 in India. The phone is available in two colour options Cyber Rage and Dark Nova.
The sale has been started via Amazon with a ₹1000 coupon at checkout. And the company has given a flat 14% discount from MRP with an additional 2 Years warranty. 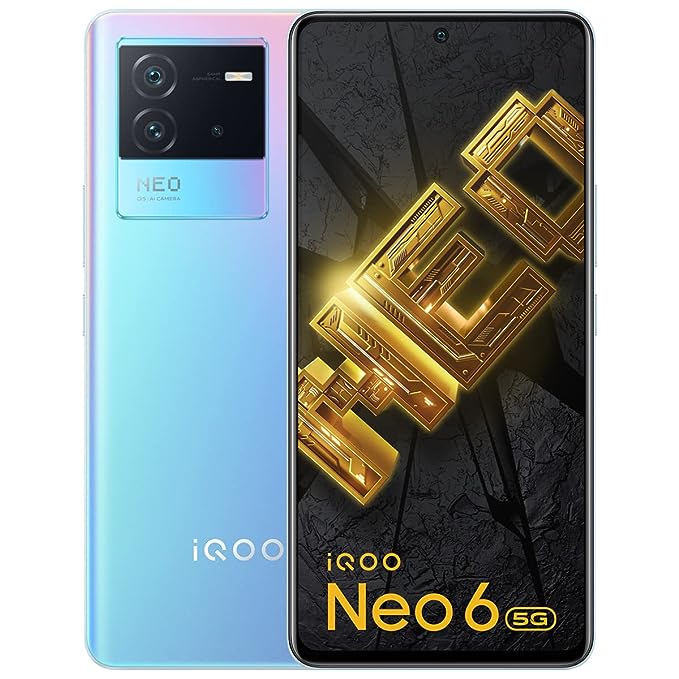 The latest iQoo Neo 6 5G runs on Android 12-based with the company's Funtouch OS 12 skin on top. It features a 6.62-inch full-HD+ E4 AMOLED display with a 120Hz refresh-rate display and 360Hz touch sampling rate. It is powered by a Snapdragon 870 SoC chipset which is coupled up with 12GB of RAM that provides the most flawless operations. As the company is trying to target the gaming industry that has provided a liquid cooling vapour chamber that improved the cooling of the devices for gaming because as you toggle the device at the highest settings it produces lots of heads that have to be eliminated from the device to prevent damage.
On the other hand, taking the Chinese variant of this same smartphone which is powered by a Snapdragon 8 Gen 1 SoC chipset that is an old processor.

It also includes all the latest connectivity options like 5G connectivity, 4G LTE, Wi-Fi, Bluetooth 5.2, GPS, and a USB Type-C port for charging.

It also includes sensors that are used to perform various tasks with a particular sensor like an accelerometer, ambient light sensor, gyroscope, magnetometer, proximity sensor, and an in-display fingerprint sensor for unlocking the smartphone. The iQoo Neo 6 carries a massive 4,700mAh battery with 80W FlashCharge technology support that can charge 50% of the battery in just 12 mins. The company has given a decent look with a square camera module that placed the company's logo. The device just carries 190 grams of weight with 163x76.16x8.54mm in dimensions.