We all might be hearing this thing called nothing. Everywhere this name is making noise and people are getting crazy about it. For most of us who are connected to the technical world, we know that there is a startup that has launched wireless earphones named Nothing Ear 1. Yes! That is the name that they have chosen for their brand. Now as we all might have expected why nothing. But instead of that, this brand has now planned to come up with a smartphone the Nothing Phone (1). The name itself says something. The look and the design are nothing but everything. You will know as you are going to use this phone as this smartphone is going to launch soon via a live event with the tagline "RETURN TO INSTINCT".

This is going to be made as an Indian product and that is why you will be feeling extra happy while purchasing this Smartphone. As we all know about the earphone that this brand had launched. The central eye-catchy moment of that earphone was the nothing look, or we can say that the transparent look that they want to follow this product.

Same like that, this product now also going for the transparent back. The look itself gives it a special nothing but everything fort of look. This smartphone has a transparent back look and is also very interesting this has got an LED design pattern. This might sound a bit odd but the look that they have gone is next-level attractive. They have attached an LED in the back which indicated any notification that you might have and a pattern also they have attached an LED in the charging area by which you can how much your phone is charging. It is not that the LED will be on every time but if you want, you just have to shake the phone or we can say wiggle the phone a bit and the LED will turn on. The back of the phone itself represents its name. it is indeed nothing but surely with everything.

This comes with a wireless charging option. And for that also the Led lights will let you see how much your phone has charged. 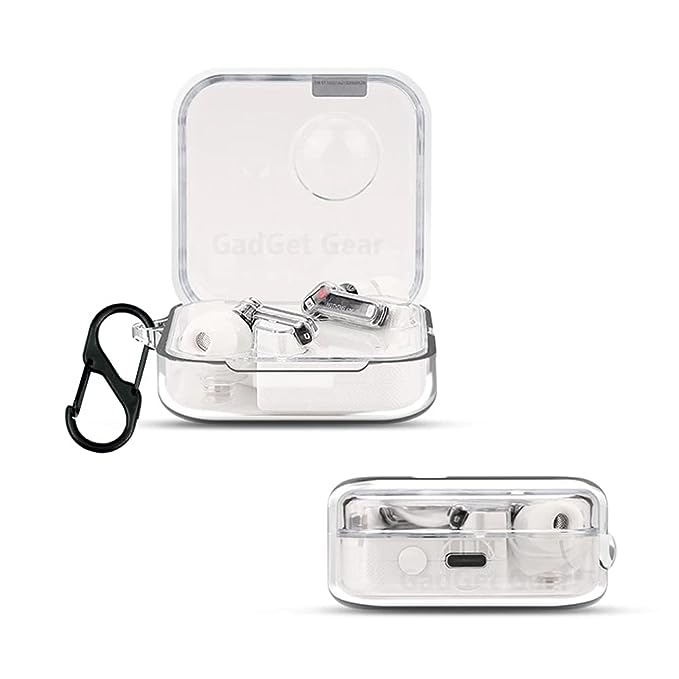 We have got many details of this phone and many details are yet to be disclosed. But the main feature that we all look for and especially were looking for is its specifications. And we were right about it and that this Nothing Phone (1) is coming with the processor of Snapdragon 778G+. and this is officially announced. So for the people who need heavy work, for them, this is going to be a heavy smartphone.

With the Led, the back will be made of premium glass and an aluminum frame. So all in all the look and the phone is going to be super attractive.

The RAM options that the customers are going to have is 8GB RAM and the other will be a 12GB RAM processor. With this, the storage that you are going to get is going to be 128GB and 256GB.

This Nothing Phone (1) has a dual-camera setup at the back with a 50MP camera as the primary camera and a 16MP secondary ultra-wide-angle camera. The front camera will be 16MP.

As we can see this is a UK-based startup and the manufacturing is going to happen in India so, Indians will get benefits for sure. And the starting price is maybe 30,000. But at the very beginning, it is expected that people will get some amount of good discount.

After OnePlus if this phone worked well in the market, this can give huge competition in the smartphone market with the look that this smartphone has and the sound and LED this smartphone is going to attract youngsters very soon and this will get popular very soon.

POCO M3 with a triple rear camera price in India, and variant options

Asus ROG Phone 2 launched in India with Snapdragon 855 plus