Sony has introduced its new controller for the PlayStation 5 named DualSense. It doesn't mean that they have only changed the name, the new controller features a refurbished modern design. There are also a bunch of more features and changes that should bring a completely separate user experience for the better.

The design of the controller is the first change that you will notice immediately between DualSense and DualShock 4 controllers. The fresher offering looks more smooth and curvy with an overall shape that is not rectangular anymore. Sony has adopted a unique dual-tone color pattern for the new controller. The position of the light bar has also been migrated from the top to each side of the touchpad for a futuristic touch.

The L2 and R2 buttons have adaptive triggers technology that improves immersion by making the players feel the pressure of the actions likely similar to performing in-game.

Sony wanted to make their controller feel smaller as it looks, thus the DualSense controller has a cone-like shape for better grips, by replacing the more rounded grips as we have seen in previous DualShock controllers. The new controller still maintains the rechargeable battery, a feature that comes as an add-on for the Xbox Series X.

The ‘Share' button, as we have seen on the previous DualShock 4 controller, has been removed with the ‘Create' button on the DualSense controller. The ‘Create' button builds upon the functionality offered by the Share button. We are not having more details about this feature. We will get to know you as the launch date comes close.

Additionally, there is a built-in microphone arrangement right on the controller which allows players to communicate easily, but whether or not this microphone array will pick up button presses and other ambient noise, has not been defined yet.

The light bar that was present on the front of the previous DualShock 4 has been moved to either side of the touchpad. The PlayStation blog yet does not mention if the touchpad has been improved in any way. DualSense also supports a new two-tone design with a combination of black and white that is also a variation from the single tone color scheme as we have seen in the previous controllers.

The PS5 expected launch is around in the holidays season that is normally considered to be the period between Thanksgiving (late November) and Christmas. Jim Ryan, President, and CEO of Sony Interactive Entertainment say more details about the console will be shared in the coming months. 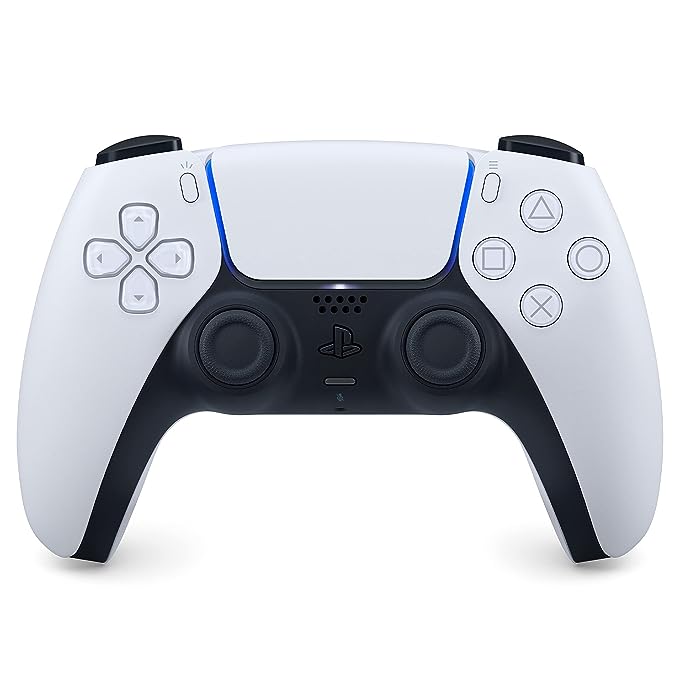