Amazfit has launched its new premium smartwatch Amazfit T-Rex 2 Rugged Outdoor GPS Smartwatch in the USA, we expect soon it to be launched in India. The company has published a landing page on Amazon that shows all the specs and prices. As the previous Amazfit T-Rex Pro is available on Amazon India at Rs 12,999. This T-rex series is the most premium smartwatch series from the company that brings all the premium features with a sporty look. The company has done a great job on the design aspects to give a sporty and premium watch. The company claims that this new generation 2022 Amazfit watch will have the most long-lasting battery with an AMOLED display. The watch brings a Military-grade toughness body that is created for the rash situation. As the previous generation of Amazfit T-Rex Pro also has 15 Military Standard Certified which means it can sustain in situations like hot deserts, polar glaciers, and humid rain forests.

According to the company's landing page show the price at $229.99 in the USA, which comes to approx Rs 18,000.00 in India. We are expecting availability around the same price in India whenever the watch will be available in Indian markets.

Whereas the previous Amazfit T-Rex Pro is available on Amazon India if you are interested you can grab this interesting deal. The new Amazfit T-Rex 2 has almost similar specs compared to its first-gen T-Rex watch. 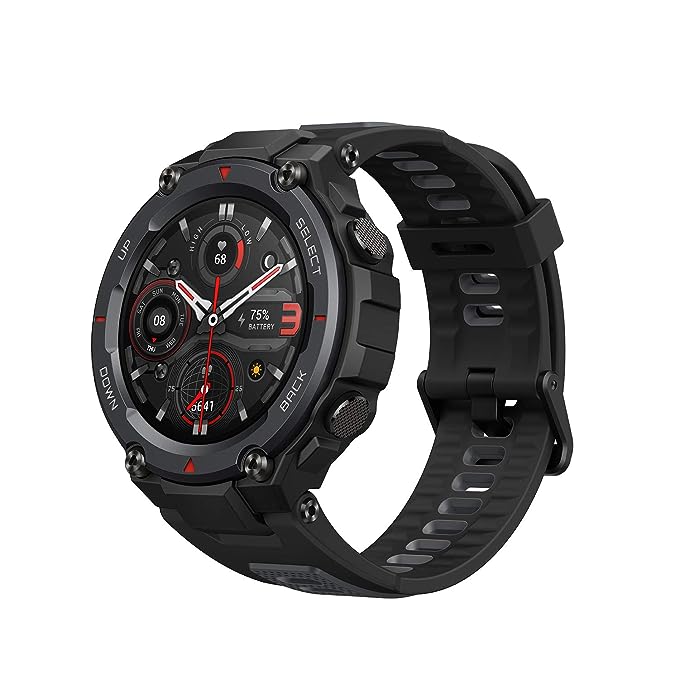 The company landing page in the USA shows all the specs and features of this new Amazfit T-Rex 2 smartwatch that comes with a 1.39-inch AMOLED display. The display has 454x454 pixels of resolution powered by a 500mAh massive battery. According to the company's officials, they claim to give 20 hours of battery backup via a single charge. The battery life may be extended up to 24 hours on normal usage.
As a smartwatch, it has a Battery Saver Mode feature that extends the battery life up to 45 days which is very much impressive. As a premium watch, the user finds this type of battery backup with their smartwatch because it comes very hectic and irritating to charge again and aging every day.

It features over 150 sports modes with Smart Recognition of 8 Sports modes that make it easy to track every single effort that you made. The watch is equipped with ExerSense technology that automatically recognizes eight types of sports movements.

The watch is available in dual-band positioning and supports five-satellite Real-time navigation systems. The T-Rex 2 comes with a high-precision GPS that can help you to avoid busy routes in cities. You can also import the most popular trails through the Zepp application that Amazfit provides to interact and set the best navigation. The app even shows visually muscles of your body while exercising. Its body is very much as rugged as the military standards. Even the company claims this watch can be used in the lowest -30 degrees Celsius temperature and the highest 70 degrees Celsius. The watch also comes with a 10 ATM water resistance rating which means you can use this watch underwater up to 100 meters.

Compared to other smartwatches this watch also tracks continuous blood oxygen saturation levels and also detects altitude changes, it's only possible when you do hiking at the very peak of the mountains where the Oxygen level are very less.

Noise Cancelling (ANC) Headphones Vs Earbuds with pros and cons