A new earbud is launched in India named Mivi DuoPods A350. As the earbud sale has increased in last few years all the companies are coming with a new earbud or some called as Pods. This Mivi DuoPods A350 also arrives in the list of True wireless earbuds under 1500 in India, but we have to review more to give place in Best TWS True wireless earbuds under 1500 list. Where the best earbuds take place after comparing almost all the earbuds that exist in India.
These buds come with an IPX4 rating which means you can use them in your intense exercise. The company has provided all the features that a budget-friendly gadget has, by comparing the specs list we got impressed, but we think it's too early to say more. The sale will start on Mivi's website and Amazon on the 12th of July, so if you are curious go and grab it.

Mivi DuoPods A350 price in India, and colour options

The company has set the price of Mivi DuoPods A350 at Rs. 1,499 in India. The DuoPods A350 TWS earbuds are available in five different colour options Black, Blue, Mint Green, Space Grey, and White. 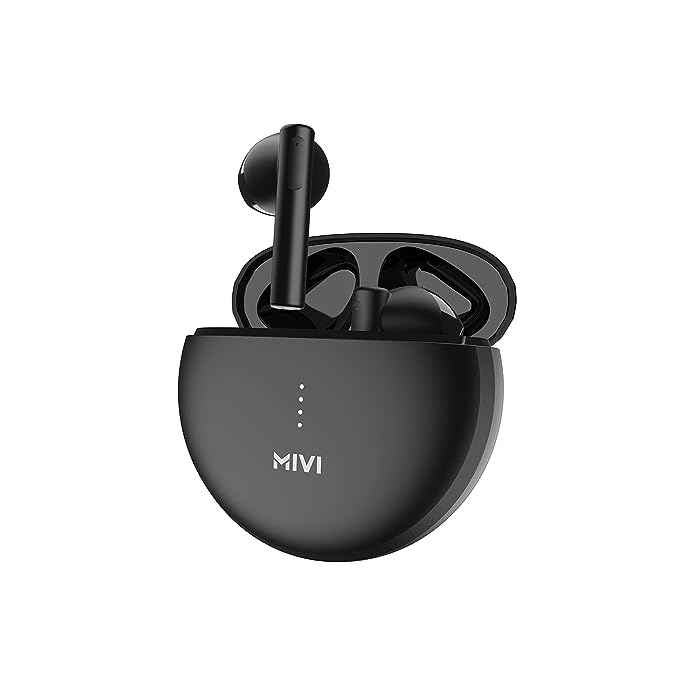 Mivi DuoPods A350 specification and features

The gadget comes with 13mm electro-dynamic drivers, which have a 20Hz to 20KHz frequency range. The earbud comes in a bold and beautiful metallic shade, which brings it a more premium look. The company has made its 100 percent effort in designing these wireless earbuds.
For pairing the device with your smartphone it uses the latest Bluetooth v5.1 connectivity option that let you connect up to the 10m range. The earphone comes with dual MEMS (micro-electromechanical systems) microphones for calling that allow user interaction without any disturbance. You can control these earbuds via voice assistants like Siri, Alexa, and Google Assistant for Receiving/Rejecting calls, Play/Pause, and Next/Previous track. You just have to tap the buds to answer and hung up phone calls in no time.

The company has given 40mAh battery in each bud and a massive 500mAh battery in the charging case. According to the company's claims, it can give 50 hours of battery life on a single charge, which is amazing. As of now to my knowledge, there are no such earbuds that give 50hrs of battery backup. The charging case uses USB Type-C for charging the buds.
The designer has give lots of effort in designing by giving such lovely colours and design. They have also given lightweight where it just comes in 145g.