Motorola is coming with a new smartphone named Moto G31 launched in the Indian market. The company is trying to compete in the affordable smartphone segment with this all-new Moto G31. Motorola has come with the MediaTek Helio G85 SoC chipset in this smartphone. Moto G31 is the next generation of the Moto G30 that is available for sale on Amazon India at Rs 12,490.00 for 4GB RAM and 64GB Storage. But the previous phone does not look so impressive to the user's perspective as it has a huge chin at the bottom and the bezels are also very much thick from all sides. This time also the company thas not remove the cons from the design in the new-gen Moto G31. The design of the Moto G31 is almost similar to the Moto G30 with no change. The camera module is also similar to the previous model that carries a triple rear camera setup.

Moto G31 price in India and the other variant option

Moto G31 is also priced near to the previous model that is starting at Rs. 12,999 for the 4GB RAM + 64GB storage option whereas the previous Moto G30 is priced at Rs 12,490.00 for 4GB RAM, and 64GB Storage. The 6GB RAM + 128GB storage variant option is priced at Rs. 14,999 in India.
The smartphone will be available in two colour options Baby Blue and Meteorite Grey. The desired user can buy this new smartphone via Flipkart from December 6 onwards. 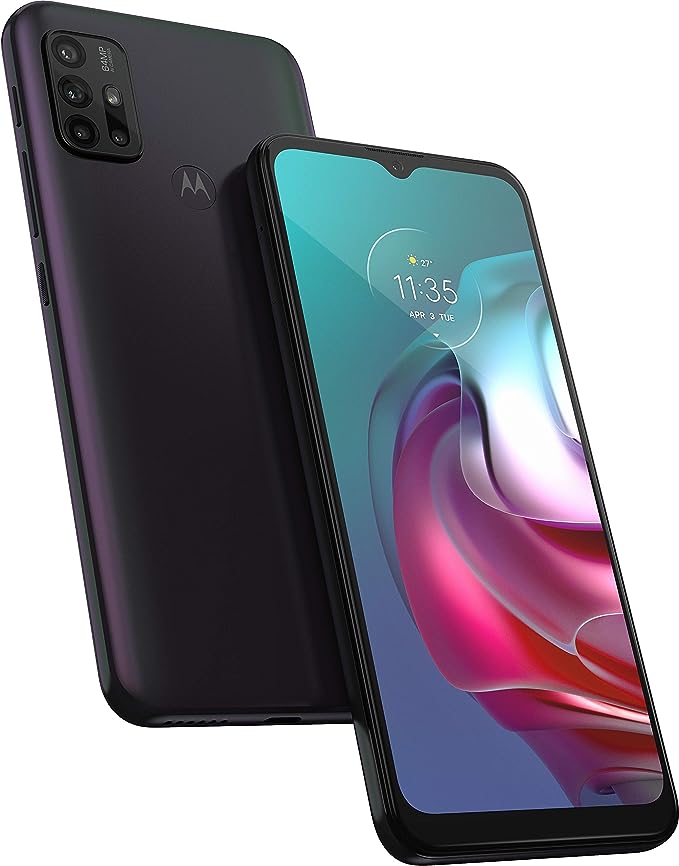 Taking about the specification and the features of the Moto G31 has little updation from the previous Moto G30. This new G31 is running on the stock Android 11 operating system which is similar to the G30 previous model. It has a hybrid dual-SIM slot where one sim slot will be compromised when you insert a microSD card. The display of this new smartphone is updated as compared to the previous model, G31 features a 6.4-inch full-HD+ (1,080x2,400 pixels) OLED with a 60Hz refresh rate. This display has a 20:9 aspect ratio dimension with 409ppi pixel density. the phone is powered by a MediaTek Helio G85 SoC chipset coupled with an Arm Mali-G52 MC2 GPU and a maximum of 6GB RAM, whereas the previous Moto G30 is powered by a Snapdragon 662 chipset. The phone has a maximum of 128GB of internal storage that can be expandable up to 1TB via a microSD.
The Moto G31 carries a triple rear camera setup where the primary camera is of a 50-megapixel sensor by f/1.8 aperture with a PDAF and quad-pixel technology, the second camera is of 8-megapixel wide-angle camera with an f/2.2 aperture which carries 118-degree field-of-view (FoV). The last camera comes with a 2-megapixel maco sensor with an f/2.4 aperture. The camera module is carrying an LED flash. Rear camera modes include Dual Capture, AR Stickers, Spot Colour, Night Vision, Portrait, Live Filter, Pro Mode, etc. It has a 13-megapixel selfie camera with an f/2.2 aperture for capturing selfies and video conferencing.
The Moto G31 has all the important sensors like gyroscope, proximity sensor, accelerometer, ambient light sensor, SAR sensor, and e-compass.
Moto G31 carries a massive 5,000mAh battery with 20W TurboPower fast charging technology support. The company claims that the battery can last up to 36 hours on a single charge.
The phone gets all the common connectivity features except 5G connectivity, but it offers 4G LTE, FM Radio, 3.5mm audio jack, Bluetooth v5, dual-band Wi-Fi 802.11 ac, USB Type-C port, GPS, GLONASS, fingerprint scanner and face unlock support.
The phone is quite heavy with 180 grams in weight and measures 161.89x74.60x8.45mm in dimensions.