Xiaomi is now launching phones as per the requirements of the users. They are not in the mood to stop or slow down. They are launching phones in every range and people are also getting what they want. In the month of July, they are all set to launch their new Xiaomi 12S series. Not one but three phones back to back.

Today we are going to talk about these three phones:

1. Xiaomi 12S: This phone has used the Qualcomm Snapdragon 8 Plus Gen 1. And in the CPU they have used an Octa-core processor. The architecture is64 bit. Having the Adreno 730 for the graphics so that user can run their games smoothly. RAM is 8GB.

Talking about the phone's display, they have an AMOLED display and the screen size is 6.28 inches. The resolution that you are getting is 1080 x 2400 pixels. The aspect ratio is 20:9 for this phone. If we talk about the pixel density it is 419 PPI. The screen is having Corning Gorilla Glass with a Bezel-less display. This phone also has a multi-touch capacity. The bright5ness is 1100 nits. Users are having 120Hz refresh rate which is excellent.

Talking about the camera, this phone has a triple-back camera. The main rare camera is 50MP, the other two are 13MP and 5MP. In the front, t\it has a single camera having 32MP. The rare camera is using the sensor Exmor-RS CMOS sensor. Having autofocus. The image resolution is 8150 x 6150 pixels. This also comes with continuous shooting mode. Also has digital zoom, auto flash, face detection, and touch to focus.

If we talk about the battery it comes with a 4500mAh Li-Polymer battery. And for quick charging, this comes with a 97W charging capacity. Talking about the memory this has 128GB of internal memory and it can not be expanded. 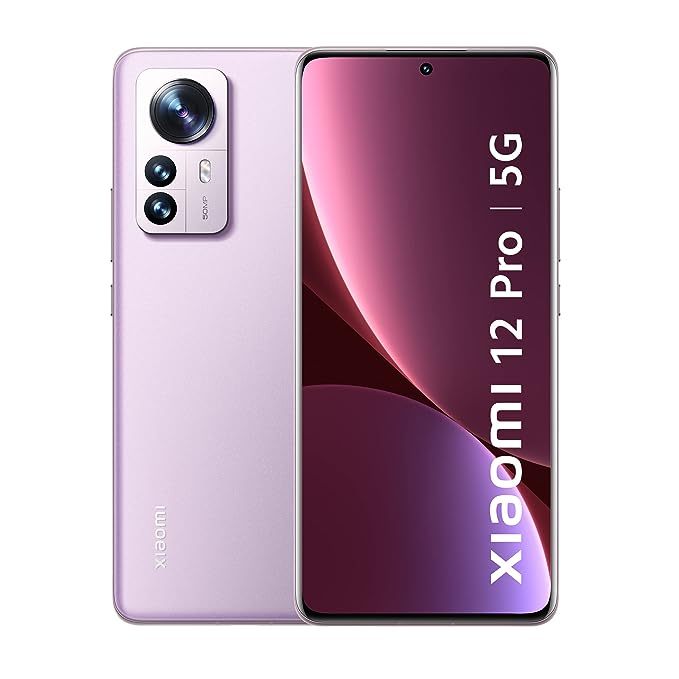 2. Xiaomi 12S Pro: This is the other smartphone by Xiaomi. This is using Qualcomm snapdragon 8Plus gen1 octa-core processor. The architecture is 64-bit. The fabrication is 4 nm. For game lovers, this phone has brought Adreno 730 graphics. It has RAM of 8GB.

When we talk about the display this phone has an AMOLED display with a screen size of 6.73 inches. The resolution is 1440 x 3200. The screen is protected with corning gorilla glass. This also has a bezel-less display and also comes with a multi-touch. The refresh rate is 120 Hz which is great for a phone.

If we talk about the memory the internal memory is 128GB with no expandable memory.

3. Xiaomi 12S ULTRA: The next model that Xiaomi is bringing for us is the Xiaomi 12S ultra. This also comes with Qualcomm snapdragon 8 plus gen 1 octa-core processor. The architecture is 64 bit and the fabrication is 4 nm. For game lovers, this has graphics of Adreno 730. The RAM is 8GBTalking about the display, this has an AMOLED display. The screen size is 6.73 inches and the screen resolution is 1440 x 3200 pixels. The aspect ratio is 20:9. and The pixel density is 521 PPI. The screen is protected with corning gorilla glass. This has a bezel-less display and also comes with multi-touch. The brightness is 1500 nits. The 120 Hz refresh rate display for gaming. For a phone the refresh rate is great.

If we talk about the battery this has a 4,860mAh Li-Polymer battery. This has an attached battery. This comes with a 67W fast charger which charges up the phone in just 41 minutes.

These are the three variants of the Xiaomi 12S series that are going to hit the market soon. And to be exact, they have three phones in three different ranges. They have thought about every user and their budget. And that is how they have made these phones. They have taken a wise step and they might do good in the market as well.

Motorola e7 Plus with 5000mAh battery price in India, And launch date

Samsung Galaxy A31 Launch Date In India, Price And All Specs