The Xiaomi Mi QLED TV 75 is priced in India at Rs. 1,19,999 which is quite high as compared to other television in this price range.
The Mi QLED TV 75 will be available from April 27 via a Xiaomi online store and on Flipkart. 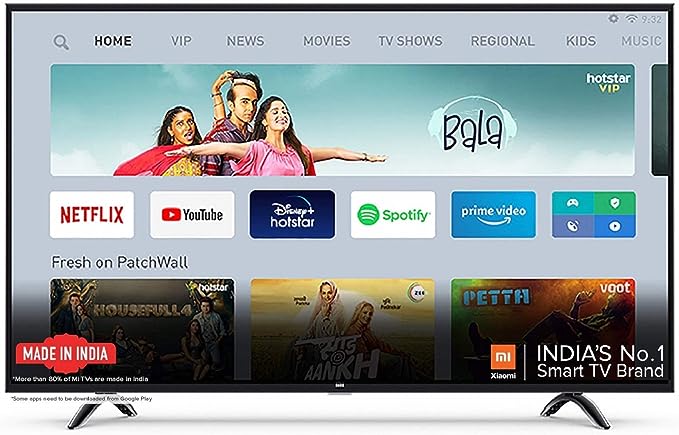 The most highlighting feature in this tv is the 75-inch QLED screen penal with a 120Hz refresh rate. And the display covers 95 percent of the screen-to-body ratio. The tv has high dynamic range support for various formats, Dolby Vision, HDR10, HDR10+, and HLG. It also has a full-array local dimming technology, with 192 zones to give accurate LED dimming and better black levels to the user.
The tv has a 30W by a six-driver system sound, by Dolby Audio and DTS-HD formats. The speaker system carries two tweeters, two full-range drivers, and two woofers. The company claims that it is designed for louder and better sound quality. The Mi QLED TV 75 runs on Android TV 10 with both Xiaomi's PatchWall user interface and stock Android TV user interface. Users can download various applications from the Google Play store like Netflix, Amazon Prime Video, YouTube, and Disney+ Hotstar with Ultra-HD streaming quality, and supports all HDR formats.
The Xiaomi Mi QLED TV 75-inch is powered by a quad-core 64-bit A55 processor coupled with 2GB of RAM and 32GB of internal storage for apps and games. The built-in Chromecast and direct access to Google Assistant via remote as well as hands-free voice control by far-field microphones, which can help to switch on and off directly from your place.
It also works with "Alexa" in the upcoming few weeks by a software update, which allows users to use their Echo-dot smart speakers with the tv. The tv gets many other features like HDMI 2.1 compatibility, ALLM (auto low-latency mode) for the best gaming performance with consoles. You get a single-center stand to easily place the tv on the table.