Amazfit GTR 4 and Amazfit GTS 4 come with all the premium features, which we already expected by comparing the price of these models. The watch has a dual-band circularly-polarized GPS antenna technology that is designed for some technical challenges of GPS signals like low signal strength, noise, and multiple sources of origin which usually affect the accuracy. The watch carries over 150 sports modes that we usually use in our daily exercise like running, cycling, swimming, and more. Which makes our exercise more sophisticated and effortless to track our daily performance.

Amazfit GTR 4, Amazfit GTS 4 price in the USA and India

The company has set its pricing at $199.99 for both the models Amazfit GTR 4 and Amazfit GTS 4. That comes to around Rs 16,000 in India. The availability of these watches in the US from Friday.
Whereas both the watches offer different colour options Amazfit GTR 4 comes in Racetrack Grey, Superspeed Black, and Vintage Brown Leather option. And Amazfit GTS 4 comes in Autumn Brown, Infinite Black, Misty White, and Rosebud Pink. 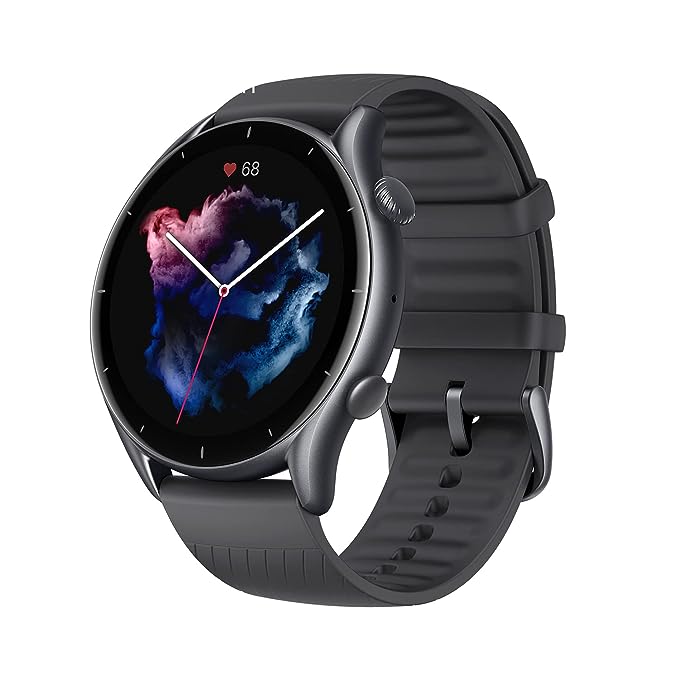 The Amazfit GTR 4 models feature a 1.43-inch HD AMOLED display with 466x466 pixels of resolution that includes over 200 watch faces with always-on display features, whereas Amazfit GTS 4 comes with 1.75-inch HD AMOLED 390x450 pixels display which carries over 150 watches faces with always-on displays feature.
Both smartwatches come with a metallic middle frame with a 10mm slim design and a light weight of 34g only which makes these smartwatches a perfect wearable device.
On the other hand, the GTS 4 just has a 27g of weight with the slimmer 9.9mm thin body.
These smartwatches have the best BioTracker 4.0 PPG biometric optical sensor which measures your SpO2 (blood oxygen) 24/7, heart rate, and stress. It is programmed to automatically recognize the exercise that you are doing at the moment and has over 200+ modes to track every single exercise.
Both watches run on Zepp OS 2.0 that features two games, GoPro, and Home Connect third-party apps which makes these smartwatches more sophisticated because of easy connectivity with other devices. It comes with an in-built Amazon Alexa for voice assistant and one more amazing feature it includes is that it can also work offline. For voice assistance and audio calls, it has an in-built microphone and speakers. And the most amazing feature is that you can store music or use them to control music streaming on your respected smartphones easily.
The Amazfit GTR 4 carries a 475mAh battery that can easily give a backup of two weeks on normal use. Whereas Amazfit GTS 4 carries a 300mAh battery that can last up to seven days.