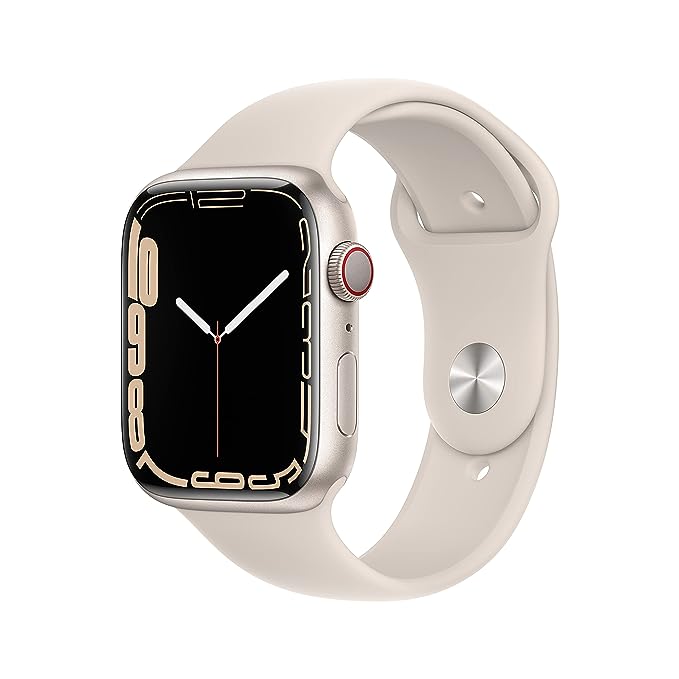 The Apple Watch Series 7 got a huge change in the dial of the watch has changed by 41mm and 45mm variant option whereas the Apple Watch Series 6 comes with only 40mm and 44mm variant options. The previous watch has a small screen view size the company has increased the size os 1mm in both the variant options by minimizing the bezels of every side. This might help in touch sensitivity of the watch the customers will find east to access the Apps and various features od the new Watch 7. It features a Retina display that is always on the screen. The company improves the display of the Apple Watch Series 7 now it is brighter up to 70 percent compared to the previous Apple Watch Series 6.
The borders are now only 1.7 mm in the new watch 7.
The main focus of all the Apple Watches is health and fitness features this 7 series also walk in the same footsteps. The latest Apple Watch Series 7 comes with a blood oxygen saturation (SpO2) monitoring system, heart rate by using the company's own electrical heart rate sensor that was first introduced in Apple Watch 4 Series. The watch can also detect atrial fibrillation (AFib) and can provide an electrocardiogram (ECG) report.
The watchOS 8 latest operating system is in the Apple Watch Series 7. The company has revealed this OS in WWDC 2021 in June.
As the smartwatch, this can also track all the exercise and various activities like sleep, walking, cycling, jogging, and swimming. The watch offers a new larger font size feature with a new QWERTY keyboard.
Apple Watch Series 7 sustain up to 18 hours by a single charge as per the company claims. The new Apple Watch also has 33 percent faster-charging technology support.
It comes with IP6X-certified dust and a WR50 water resistance rating. Apple packed the Magnetic Fast Charger USB-C Cable in the box.