Apple has launched its new Apple Watch Ultra in the 'Far Out' event including the iPhone 14 series. There are many rumors that the company will launch its new Apple Watch Pro model, But they came with a new Watch Ultra model that carries a bigger display of 49mm display. The idea of giving such a massive display size is to set a benchmark and I know after this many other companies will launch its smartwatch with such a huge screen. Before this, not a single company is offering this type of display with such an immersive experience but now with for it. According to the company, this watch will last up to 36 hours on a single charge. On the other hand, a feature will help you in extending your battery life up to 60 hours. The watch will be available only in a single cellular model with an aerospace-grade titanium body which gives a premium look for this 1 Lakh worth of the watch.

Whereas the company has launched this Apple Watch Ultra at $799 in the USA which comes to Rs, 63,600 in India. 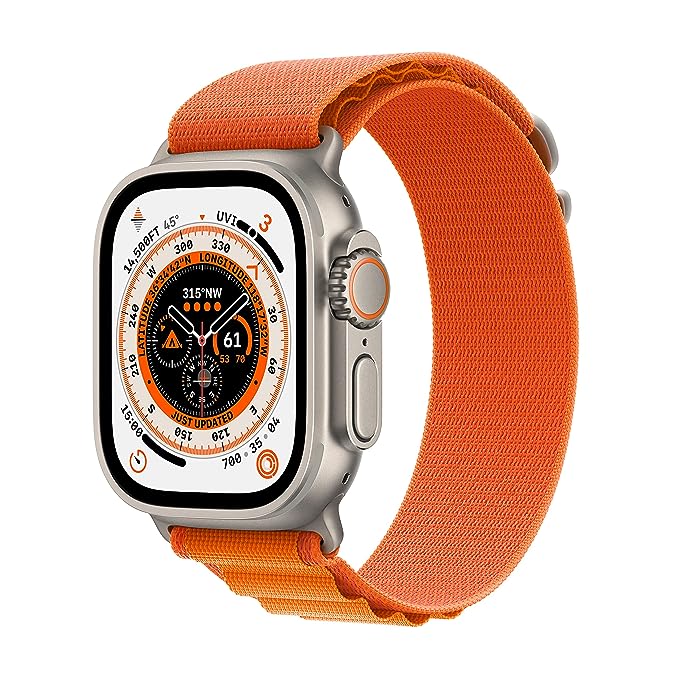 The most highlighting feature of this watch is the 49mm Retina display which delivers up to 2,000 nits of peak brightness. The watch is designed to give a premium look with the all-new titanium body that comes with an IP6X dust and water resistance rating. The company claims that the watch can be operated up to 100 meters underwater. So, you don't have to worry about exploring the underwater world with this new Apple Watch Ultra. Apple presents a new Wayfinder watch face that is specially designed for the next-gen smartwatch's larger sapphire crystal display by testing to MIL-STD 810H3.

It features three microphones that help in improved sound quality with an adaptive beamforming algorithm for reducing ambient background sounds. It offers dual-frequency support for both L1 and L5 GPS algorithms, and the company is claiming that carries the most accurate GPS functionality. For wireless connectivity, this watch includes Bluetooth 5.3v, and Dual-band Wi-Fi of 2.4GHz/5GHz.

With the latest Action button, you can quickly start workouts, or switch to a new Compass Waypoint which is designed to quickly mark points on the map for your workout or other tasks, Backtrack which will help you to retrace your route in case of lost, Depth Gauge you can also check depth levels while diving underwater.

This smartwatch offers up to 36 hrs of battery life while in normal use. On the other hand, the company is claiming that the battery backup will be increased up to 60 hours at its new low-power setting which saves a huge amount of battery percentage. The watch is designed in such a premium way that Apple always knows for, it just weighs 456 Grams with an‎ 11.8 x 21.4 x 3.8 cm of dimension.

Why are Home Theatre Systems become so Popular Today?

Insta360 camera for the best 360-degree night photos or videos

5 Weird But Useful Gadgets You Should Know About